ANIMATE IT! Create your own Morph & Chas animations at home!

Animate It! is a do-it-yourself, create-your-own stop motion animation game that’s simple to use and great fun to play. Within a matter of minutes a complete novice can be creating their own Morph and Chas animations on their home computer that will astound both family and friends!

Each game comes complete with ground-breaking animation software that is suitable for both
Windows and Mac operating systems, flexible moulds and clay to create your very own Morph
or Chas, a ‘green screen’ background to enable you to drop in your own choice of pictures and
an informative, fun ‘get-you-started’ video tutorial featuring Ricky the Aardman Animator!
And that’s not all, you also get 26 episodes of Morph to both inspire and enjoy.

Developed in association with Aardman Animations, Animate It! Morph Edition is endorsed
by Nick Park, creator of Wallace & Gromit who says: “The best advice I have for anyone
interested in animating is ‘Have a go’. This kit will help you”

Animate It! Morph Edition will be available from May in selected stores and from leading
e-tailers including Firebox, Amazon and Play.com.

Posted by networkninenews on March 30, 2012 in Animation 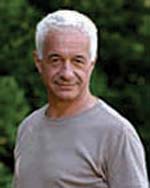 ‘A CINEMATIC RELEASE?’….ALL MEDIA WORLDWIDE IN PERPETUITY?….THIS WILL BE QUITE A FEW THOUSAND!’, SAID THE MUSIC PUBLISHER , SMILING DOWN THE TELEPHONE WITH GLEE! THE MORAL OF THE STORY? GET SOMEONE WHO KNOWS ABOUT MUSIC AND COPYRIGHT!!

Once upon a time in a production office not too far away, a producer was discussing with the director the music they would like for their newfairytale drama.

However, they did not have much money left for music – only about five hundred pounds in fact – as they had spent it all on fancy camera work, costumes, make up, limousines for the ageing fading ex-Hollywood starlet as well as a some special effects that went tragically wrong and had to be re-made by an expensive computer graphics firm who managed to misinterpret what was required.

After hours and hours and hours of editing, the film was close to being finished. The producer admitted he didn’t know much about copyright and had been promising to go along to an Indie Training Fund Music Rights seminar for about three years.

Nevertheless, he knew that some music was out of copyright and always liked Cavalleria Rusticana by deceased Italian composer, Pietro Mascagni. He played some tasty extracts to the director who loved it. So they used it as most of the score of the film.

Then a little bird mentioned that, as the copyright in musical compositions lasts for 70 years after the composer’s death, should they not check that out. It turned out that Mascagni died in 1945 and therefore there was still a further three and half years or so to go before they could use it for free. ‘Oh dear’ said the producer ‘it’s still in copyright!’.

A quick email to the PRS told them to go to the publishers. ‘A cinematic release?….All media worldwide in perpetuity?… This will be quite a few thousand!’, said the publisher probably smiling down the telephone with glee. ‘Well, we could negotiate it – you’ve used a lot of the score but this is not going to be cheap you know’.

The producer said that the recording was out of copyright as it was over 50 years old and, even with the
extension of the copyright term in sound recordings to 70 years, it was an old recording as he had the vinyl to prove it. However, his recording was so scratchy that they had used a CD, a re-released of the original recording. No-one told them that re-mastered recordings with all the scratches, pops and crackles taken out constitute a new copyright recording. A call to the label resulted in a quote for fees on an MFN basis with the publishers. ‘MFN? What’s that?’, said the producer. The label told him that, whatever the publisher wanted, the label needed to charge the same.

Oh, and as the some of the music is over the closing credits, the fee is three times as much. Oh, no! This is a runaway music budget nightmare!

They asked to look at the licence to check the wording and there was a clause about gaining consents from the performers on the recording. On enquiring further, as the recording they had now decided on using (not the original) was first made in England, it turned out that the Musicians’ Union required re-use fees. How many musicians? 70!

Then, as the fees were catapulting higher and higher and whilst the producer and director simultaneously threw their arms up in the ear, a young Production Manager popped her head into their office. She said, ‘I went to one of Ivan Chandler’s Music Copyright Seminars and I know just what to do’. ‘What, what?’, they literally screamed.

You could easily use a library recording for only a few hundred pounds and, if you use lots of extracts from the same recording from the same library, they might even give you a good discount.

The library rates cover the publishing, sound recording and performers’ consents. In fact, you could also use a few special sound effects where appropriate and, in many scenes, by using no music at all, you could even save more!!

The producer, director and production manager clasped hands, jumped round the room and opened a bottle of champagne. Unfortunately, it was taken from the financier’s vintage collection and valued at, guess what, £500.00!

The moral of the story? Get someone who knows about music and copyright!!
Ivan Chandler, Founder & CEO,
Musicalities Ltd,
Music Copyright & Licensing Consultants
www.musicalities.co.uk

Posted by networkninenews on March 20, 2012 in Production Office, Sound Department