RSS
← So, you want to work in the Production Office……?
The Special Effects Secrets of Gillie Potter →

Do you want to work in Visual Effects…? 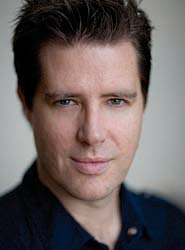 Visual effects, or VFX as it is commonly abbreviated, is an exciting, constantly changing and rapidly growing area of the film industry. These days, it is all pervasive. In many feature films, such as ‘Avatar’, it’s use is completely obvious. In others, such as the ‘The King’s Speech’, it’s success depends on it not being seen at all – but it is there regardless!

This article by Dayne Cowan was published in Network Nine News magazine – for further information or to subscribe go to www.network-nine.com

So what is it like to work in this field, how do you get in to this line of work and what does it take to succeed? Before the advent of university degrees designed for this industry, you could come at it from several angles. When I started, it was common for your fellow artists to have backgrounds in architecture, fine art, computer science or mathematics. I’ve even met people who had degrees in robotics!

This Visual Effects industry demands a curious mix of technical and artistic skills. The left and right brain need to work together, which can be harder to achieve than it sounds. You need a very strong eye for detail and aesthetics, coupled with the ability to cope with some extremely complex software and hardware. The software packages that have so much depth that it isn’t uncommon to go for 16 years without even venturing into certain aspects of it.

Of course, not everyone has a perfect mix of artistic and technical talent but fortunately, there is room for many diverse talents in between. Specialist areas range from colour experts to character designers, to computer programmers, to concept artists and editors.

All these disciplines mean that the experience and entry points are highly varied but the bulk of people in the field share a common experience. Most will work as either 2D artists (compositors), or 3D artists (note: not 3D as in ‘stereo’!) and around 80% of any crew in a VFX facility will fall into these two categories. It’s also worth noting that the distinction between the two is blurring over time, as the software and skills change. Perhaps in the future they will all just be referred to as ‘VFX Artists’.

For everyone in the industry there are some common factors. The job is demanding and can be very high pressure work with tough deadlines. The hours are usually long, typically with a burst of weekend and late night work towards the end of the project. Most of that time is spent behind a computer, where you often lose track of time.. ‘wow, midnight already?’…. so your partner needs to either be very understanding or working with you!

Being a creative process, never expect that your first effort will be the last and never mention that dreaded word ‘final’ The work you produce is going to be poured over many times by many people – sequence leads, vfx supervisors, directors and so on – before it gets approved. Work can often be ‘unapproved’ and worked on further – so be ready for that. It’s hard to let go of that piece that you’ve laboured over for hour after hour but sometimes that’s what you have to do. Shots get changed, work can be omitted from the film. Patience and perseverance are vital! Start by being your own strongest critic. Does it actually look good or right? Would you want that work projected on millions of screens worldwide?

Being a creative industry, not everything that occurs is rational, logical or predictable. It helps to be able to keep a level head and, although we long for it, there is no ideal and it is your ability to solve those inevitable problems with a good natured approach which will set you apart as a skilful and reliable practitioner.

Last of all, be persistent, have a good enthusiastic attitude and keep it fun. After all, no matter what happens, you have to enjoy your work!

Posted by networkninenews on February 2, 2012 in Visual Effects

← So, you want to work in the Production Office……?
The Special Effects Secrets of Gillie Potter →

2 responses to “Do you want to work in Visual Effects…?”